Our Cats after Release:   Picked up in 0 locations…so no update!

Bad Calls/EMAILS:  Don’t Mess with Mother Nature
I have someone trapping in an apartment complex to try and get cats removed before their caregiver moves next week.  NOW IT IS SLEETING which means no self-respecting cat will be out getting into any trap!  Plus, there will be the travel problems trying to get to a clinic (if it is even open) to get shots updated.  So we will be “down to the wire” getting these cats before next Thursday…but…something always works – we shall see!

BMG:  Tons of Fun -- Gumbo
Gumbo is a large buff tabby that came to Barn Cats from a family that was giving up their cats due to a move.  WELL – I put Gumbo in a barn with a winter hidey box and HE DID NOT FIT THROUGH THE OPENING!  So, I brought him home and placed a more “stealth” cat on this property.  He is now loose in the cat room and getting along fine with all the other cats.

OMG:  Poorly Conceived Websites
I have been working on getting our website re-designed for YEARS!  Now it is about to happen.  The last piece is the US GROUPS list which is about 10-years out-of-date.  GEEZ!   The current site is in HTML and is almost impossible to get it updated.  NOW it will be in Word Press and easy to get changed.  To update the GROUPS list, I have been scouring the internet to get a current listing of groups that place cats in barns.  Some websites have no address for the organization so you have NO CLUE what part of the country or even the world where this group resides.  Some give a region or “on the XXX river” which means nothing to me.  PEOPLE:  Remember folks from all over the country are looking at your site.  Maybe they do not want people to get in touch with them…???

Our Cats after Release:   Picked up in 2 locations.
1.      Corinth:  Heckle and Jeckle were placed in this workshop.  They are not seeing them but all the size point to them still around…food missing, etc.
2.      Crandall:  I placed Mary and Lady in this barn.  The barn owner delivered the equipment to a friend’s barn “just over the fence” so I do not get to see either of these cats but understand that they are doing well.
3.      Whitewright:  2 solid white cats were placed here from a rescue in Denison.  The cats are doing well along with other cats we have placed at this site that does Great Pyrenees Rescue…Blue Bonnet Rescue.  With 20 to 30 of these dogs on the property, there is not a coyote for 30 miles! 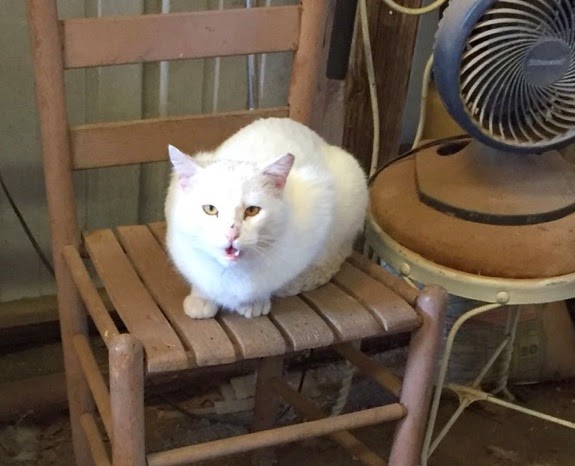 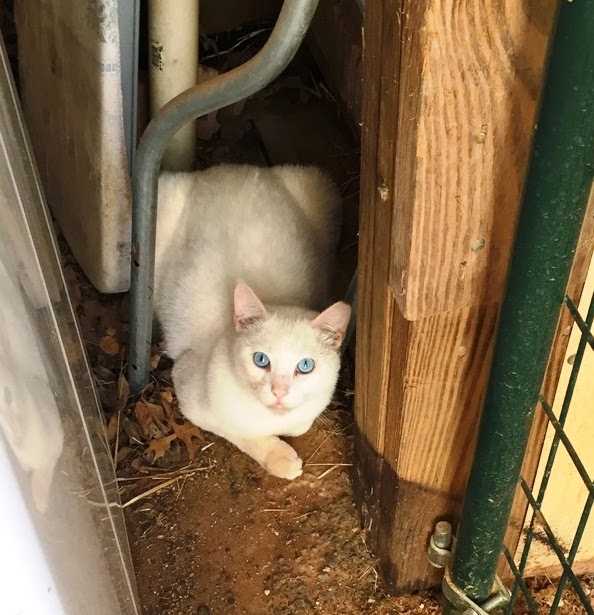 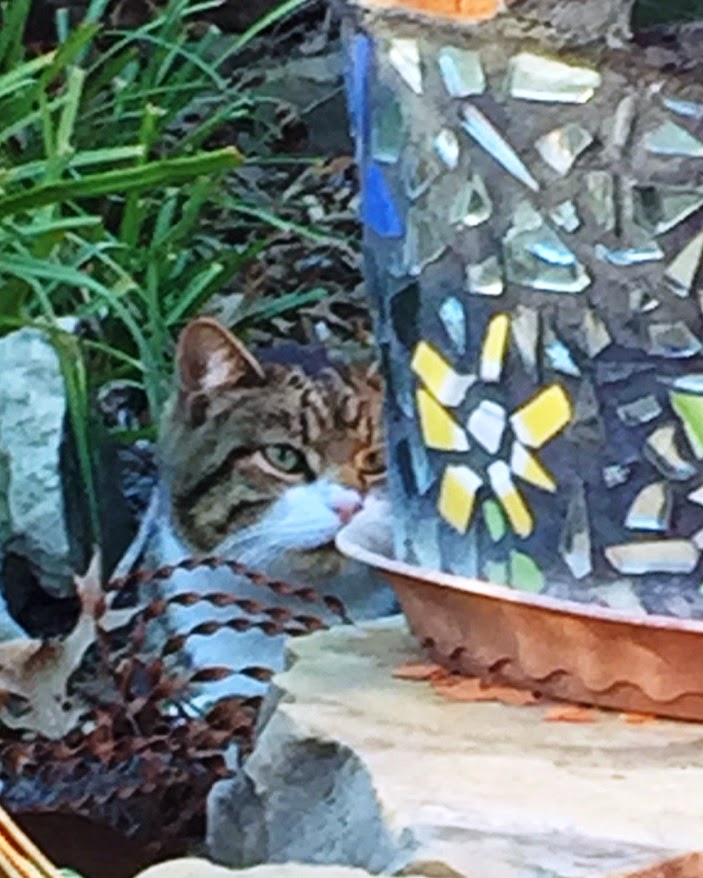 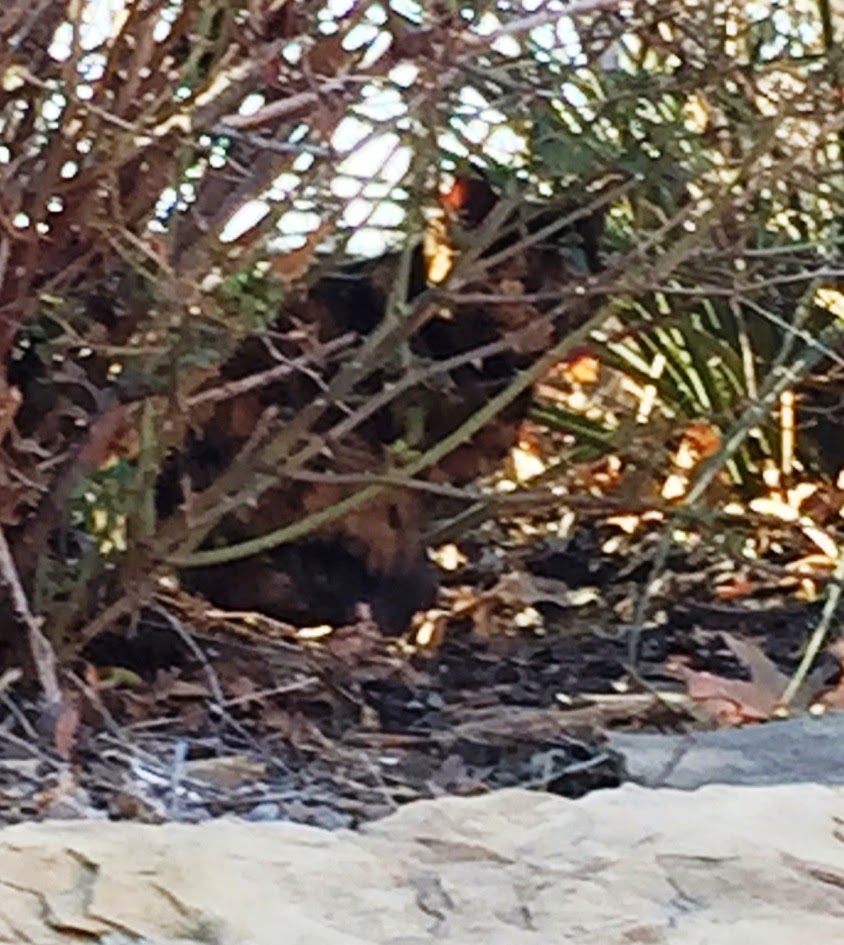 Bad Calls/EMAILS:  Poor Hugo!
Several years ago we placed an orange tabby in Lucas.  The barn owner called me last week and ask if we could help with Hugo who had been gone for 10 days and just shown up with a crushed rear leg.  Well – All Care did a bunch of x-rays and discovered that the leg needed to come off.  The good news is that Hugo is a friendly boy.  The barn owner borrowed a cage to keep him inside during this time of cold weather so he can recuperate.  He is doing well. 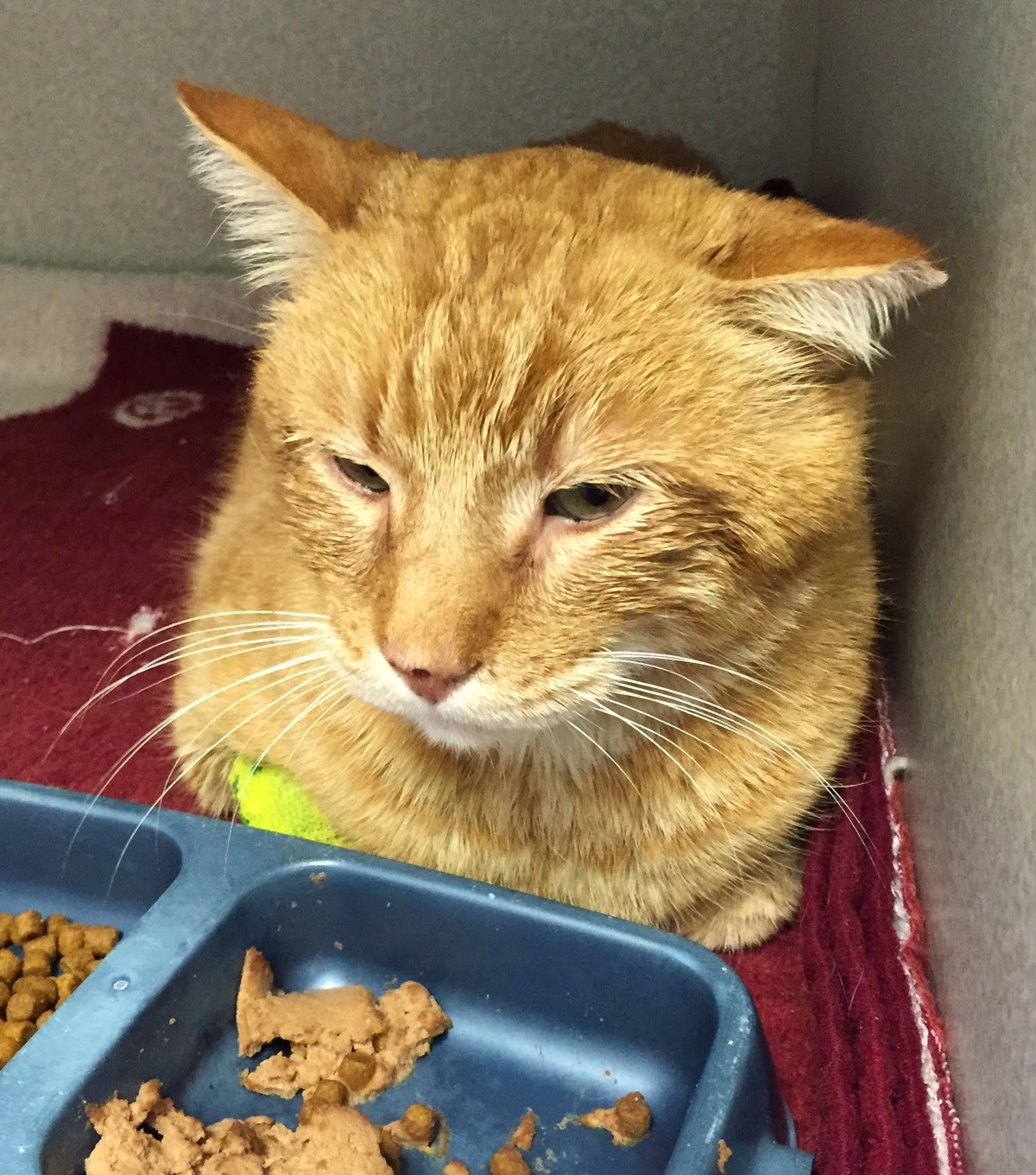 BMG:  Catch and Kill:  Update
I have received the first cat from this North Texas town.  Channel 11 did a store on it late last week.  We shall see if Alley Cat Allies can get those ordinances changed!   Animal Control is going onto people’s property and trapping cats WITHOUT THEIR PERMISSION!    WHAT?

OMG:  Horse Stable Torn Down
Barn Cats, Inc. is over 13 years old now.  BUT, I first had the idea of putting problematic cats in a horse stable when I was with an adoption group.  There were 10-12 cats that had been returned for biting or peeing in the house and we could not adopt them out.  SO – we had an adoption event with an Arabian Horse Club at a stable in Flower Mound right along 1171 near Bridlewood sub-division.  We placed everyone of those cats at that one event.  It was great!  Well – I drove past there last Sunday and the property is totally level – land being cleared for additional homes.  A piece of Barn Cat history is gone!   Progress?

The pool house in Waxahachie is the original house where “Walker, Texas Ranger” was filmed.  The property was also used for Lonesome Dove and several commercials.  This is a picture. 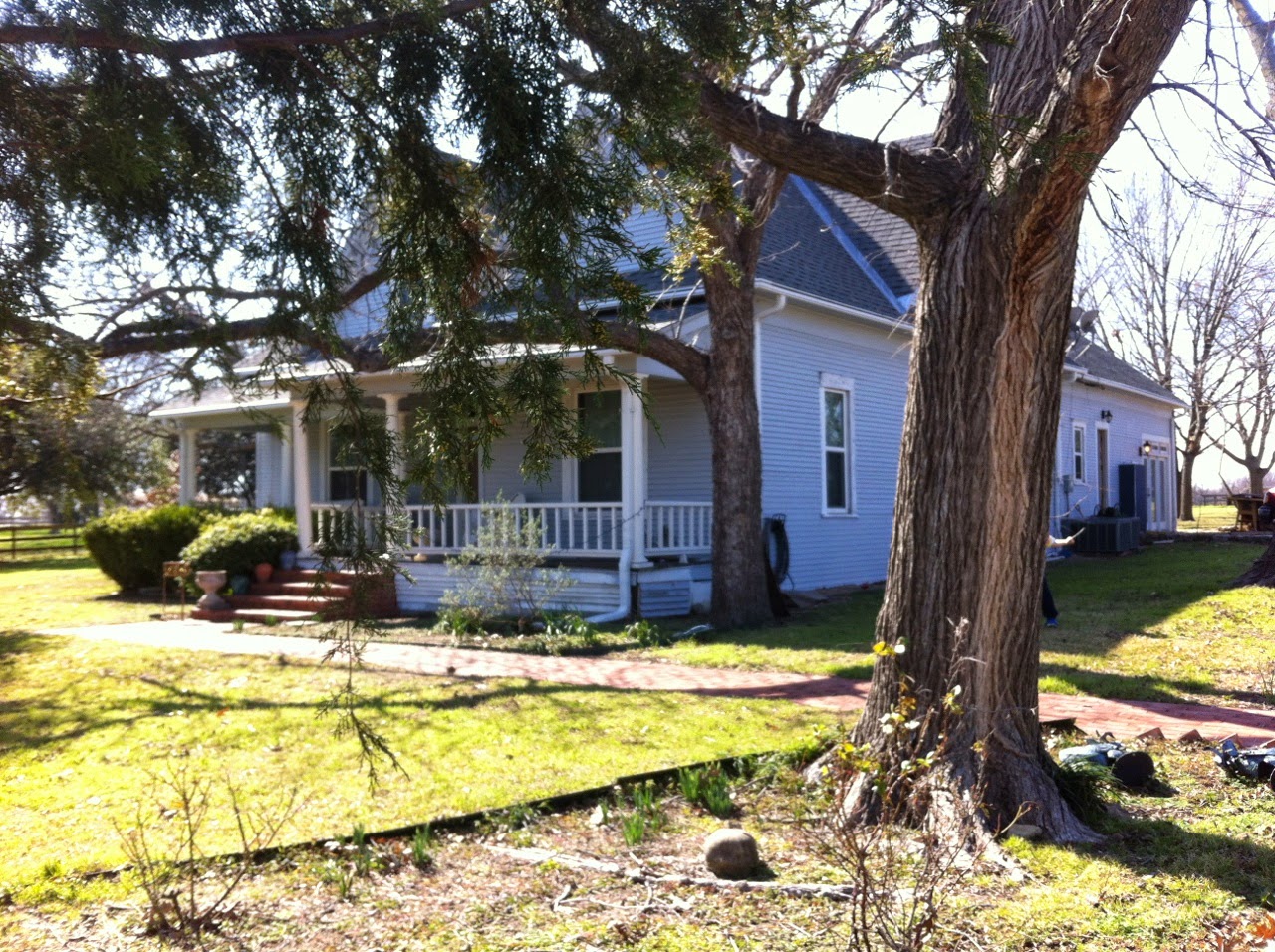 Our Cats after Release:   Picked up in 2 locations.
1.      Waxahachie:  Bitzi and Sarah were placed in this barn.  He has not seen them but food is disappearing and there were cat prints on top of a container.  BUT – he has not seen a rodent in 10 days!  YOU GO GIRLS!
2.      Waxahachie:  JB and Berry (now Miss Kitty and Fraidy Cat) - were originally placed here and I added Becky (formerly Sweetie) to the mix 3 weeks ago.  Got a picture of the calico hiding under some pallets and of Becky (black cat in a black hole – look for eye balls!).  Miss Kitty is the long-haired cat with Becky in the cage behind her. 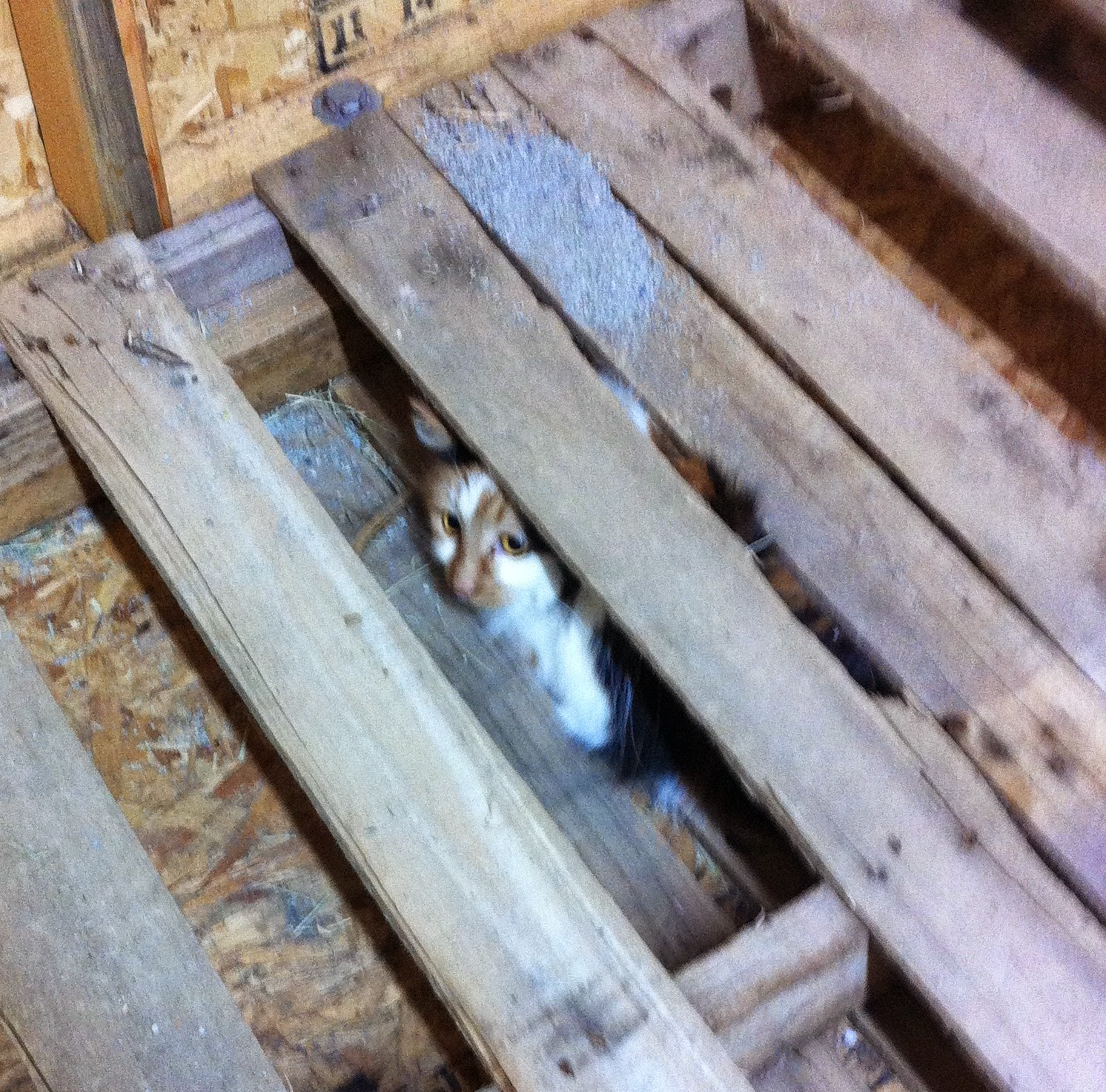 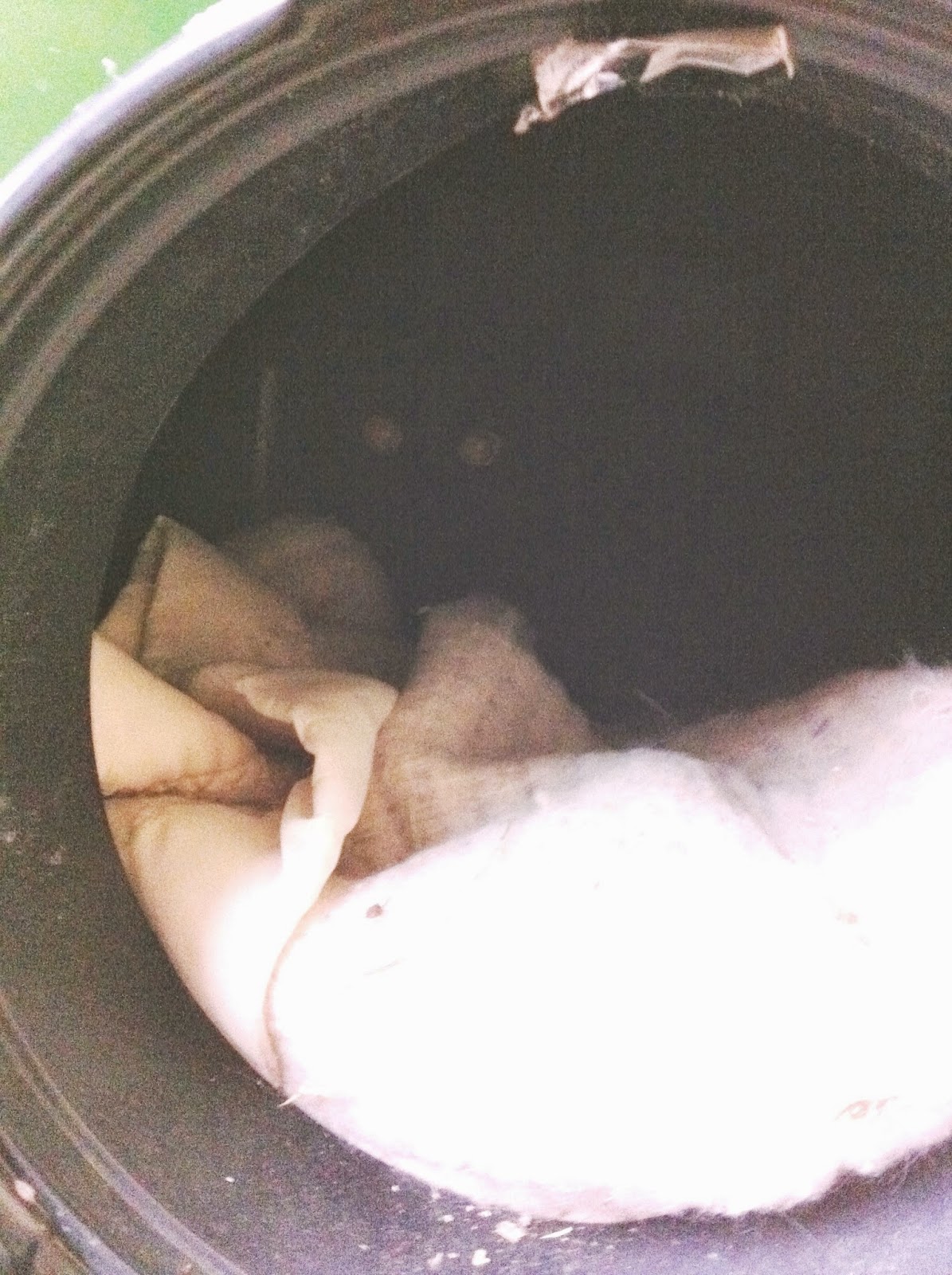 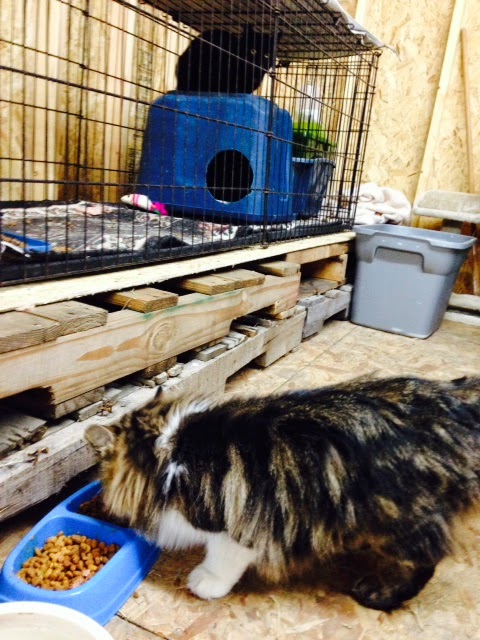 Bad Calls/EMAILS:  Catch and Kill
A medium size town in North Texas has a “catch and kill” policy for ferals even if there is a feeder for the colony.  One cat was captured on Friday.  When the feeder called the shelter, Animal Control said they would only release to Barn Cats.  HOWEVER, when the feeder went to the shelter, a small kitten (not feral) was brought out – not any cat that would have been trapped at that location???  So…
1.      Did the Animal Control officer dump that cat?
2.      Has the cat already been killed and then would not admit it?
At any rate, Barn Cats never had a chance to retrieve the cat.  What is up with that?

BMG:  Update:  Unreliable Rescue Group
Remember the A local group does primarily TNR (Trap/Neuter/Return).  Found out that the person suppose to bring the cats DID NOT EVEN GET THEM TO THE VET on Friday…so she new one day ahead and did not call then either.  The Saturday evening 8:30 message was left on the land line BUT she call me on Sunday evening (during the Kitten Bowl) on my cell number – so she had both numbers.  ANYWAY – Someone else from the group went to get the cats on Friday and brought me 3.  She had to “round them up” appears they were loose before going to the vet and then get them to me.  The person who had the cats is “not a regular volunteer” (I HOPE NOT)!   GEEZ!

OMG:  Health Food Store Closes in Lewisville
Abundant Life has been in Lewisville since the 1970’s.  I needed Vitamin E in a liquid form so I called them.  I got a recording that said they were busy and please leave a message.  I NEVER GOT A CALLBACK.  So – later that day, I went by the store which is on Main Street at Valley Parkway.  Well, IT IS CLOSED!  There is a hand-written note on the door that says “visit us in Roanoke”.  I really don’t care that they closed but either have the phone disconnected or change the message.  Don’t leave people waiting for a callback.
“Thanks” for following the Barn Cats Blog.  See you all next week.          Peg
Posted by Barn Cats at 4:01 PM No comments:

The Cleburne barn was very nice.  They have a tack room with a cat door plus air conditioning and a heat lamp.  I did not even have to take any equipment.  They will contain them for the first 2 weeks in that room to get them acclimated.  Two out of three cats even let the couple pet them!

Our Cats after Release:   Picked up in 1 location and have updates from 3 others.
1.      Ponder:  Simon went to this barn.  I gave an update on Shaggy (the first cat) in last week’s blog.  Both are doing well there.
2.      Lucus:  Goldie and 2 other feral cats were placed here over a year ago.  He accidentally called me on Friday but I turned it into an update.  Goldie is friendly now and the others are still around “working” for the property owner.
3.      Whitewright:  4 white cats went here.  They had come from a warehouse that was closing down in Dallas.  The barn owner sees them each day for canned food and got this wonderful picture of one of them.  Look at those blue eyes!  THANKS! 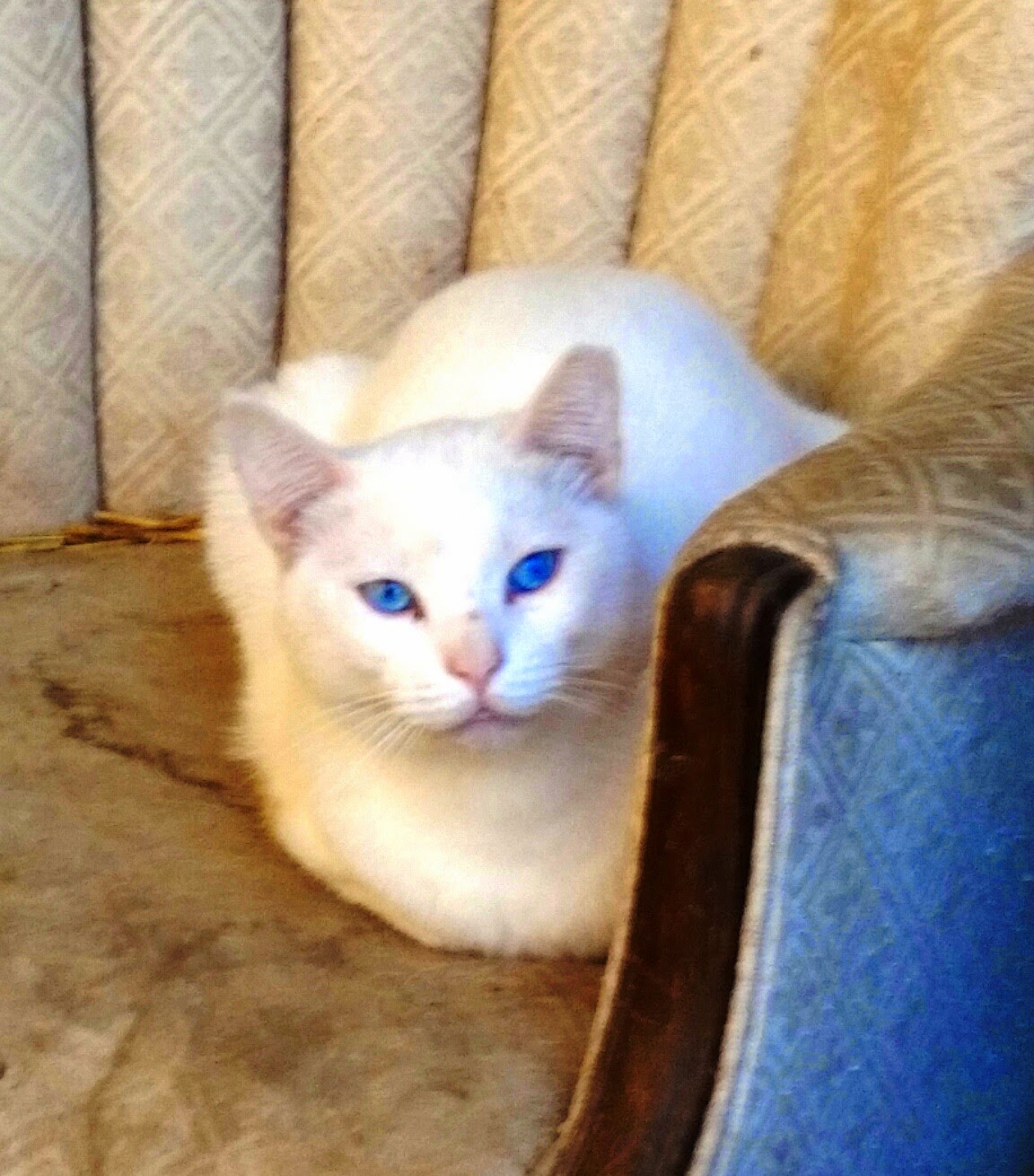 4.      Pilot Point:  Put 9 females in this LARGE INSULATED barn location.  They have built them hidey places in that barn and the hay barn and see many of them each and every day.  WOW!
Bad Calls/EMAILS:  Relocate a Colony
I am getting at least 2 calls a week to relocate a colony of cats.  Well – cannot help you until March.  Just call back then and we will see what we can do and when.  This is our slow season for placements – sorry!

BMG:  Unreliable Rescue Group
A local group does primarily TNR (Trap/Neuter/Return).  When/If the cats cannot be returned we come into play.  I took 6 from them in the Fall and said I would take 6 more right after Thanksgiving.  Well – “right after Thanksgiving” was a call just before New Years and I was leaving town.  SO – they emailed/called over a week ago and asked for a delivery time.  I reminded them about the leukemia test (not usually done but required here) and the distemper shot.  She said they would get the paperwork together, check on the test, and call me back.  OK – They asked for a Friday evening delivery time but I had a previous commitment…but…Saturday is always good because the volunteers are here from 10 to noon each Saturday.  They agreed and I prepared for 6 additional cats for my family room that currently has 12 all ready.  The good news is that I waited to put up caging until the cats were delivered.  AND – you have probably surmised by now that they did NOT show and did not call to say they were not coming.  Hummmm!  I was not home that evening but there was a phone message left at 8:30 PM from a member of that group.  WOW – over 8 hours late.  Not sure what I will do – I WANT to blow them off completely but need to think about the cats first….will update you guys next week!
UPDATE:  Kittens from Lake Dallas Animal Services “Little Hissers” are GROWING!  Last week they tested negative for leukemia and aids, had first kitten shots and a rabies shot, and got a clean bill of health from All Care.  They will both be spayed this coming week.  They are 4 months old.  Well – all good news!

OMG:  Southern Oklahoma
I received a call from southern Oklahoma.  YES – we cover 5 counties across the Red River but this location is north of Wichita Falls!  It will be probably a 3 hour drive each way.  The only reason I am considering it is that they want 6 and I certainly have many waiting for placement right now….cats everywhere!  I have given them some other options to pursue and even contacted a group in Tulsa to speak with them.  BUT – Tulsa is 4 hours from them….so….we shall see!   Update next week.