Calls/Emails:   “Fudge”
“Fudge” is a small 2 year old black cat that came from the Lewisville shelter.  She was due to be spayed when she had kittens in their cage the night before the procedure.  Then she was there until the kittens were weaned and she could be spayed.  She is a little doll…don’t know why the shelter thought she was not adoptable because Friday she found a home through Barn Cats.  Take a look: 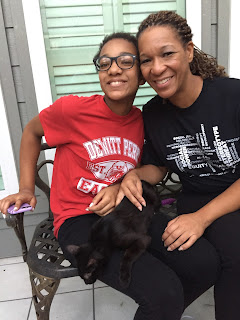 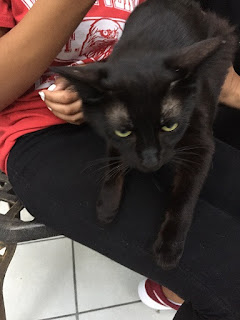 BMG:   Calls for Help then Don’t Return MY CALL!
This happened a couple of times this week.  I receive a message from someone who has a “cat” issue and needs help.  I call back and leave a message – THEN – no one calls me back.  Guess they got their problem solved or they just don’t understand how to retrieve messages.  I don’t know!

OMG:  All “S” Names
I took Screech to a barn in Lucas.  She needed a cat that would come when called and he seemed to fit the bill.  He came from an adoption group that said she gets over-stimulated and will then bite.  The barn owner has only grown children and was not worried about that issue.  When I delivered him and told her his name, she just laughed because all her children have names that start with “S”.  I guess it is a MATCH MADE IN HEAVEN!